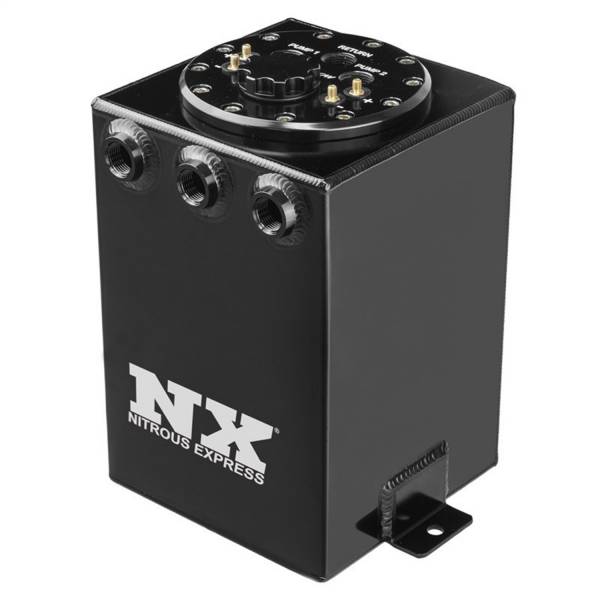 Nitrous Express Surge Tanks allow you to run big horsepower without replacing the factory fuel pump in your vehicle. Surge tanks allow your factory fuel pump to fill this tank and then the dual 340lph pumps will supply fuel to the engine and nitrous system, so the only thing the factory fuel pump has to do is keep the Surge Tank filled with fuel. Systems include a 1.25 gallon, aluminum fuel cell that can be mounted in most factory battery trays without modification. Surge tank systems can also be used as a stand alone fuel system by adding a regulator and filling the tank with race fuel or E85. When used with race gas or E85, the need to retard timing is significantly reduced or eliminated. Surge tanks will help eliminate pressure drop at the fuel rail in EFI vehicles. Tanks include a sealed cap and to prevent fuel leaks in the event of a roll over.